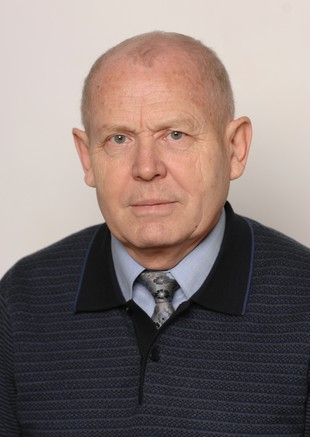 Head of the department since 2008

He defended his doctoral thesis in 1990 at the Council on Organic Chemistry of Moscow State University.

He received the title of professor in 1998. Honored Chemist of the Russian Federation since 2008.

He discovered new chemical reactions of diazocompounds, thioamides and enamines, new rearrangements of thiadiazoles and triazoles, a new class of antitumor substances against pancreatic cancer.

He published 202 articles in Russian and foreign journals, 2 monographs and 5 chapters in books in English, 3 patents of the Russian Federation. He spoke at international and Russian conferences with 5 plenary and 10 oral presentations. He made presentations at scientific seminars at universities in the USA, Canada, Belgium, Germany, China and Austria. Head of 14 Ph.D. theses and consultant of 2 doctoral theses for research won 6 grants from the Russian Foundation for Basic Research, a grant from the Ministry of Science and Education (design), a grant from the Russian Science Foundation, a Soros grant, a grant to promote civilian scientific research (USA). He led two international research and development contracts with Johnson and Johnson and the pharmaceutical company 4SC.